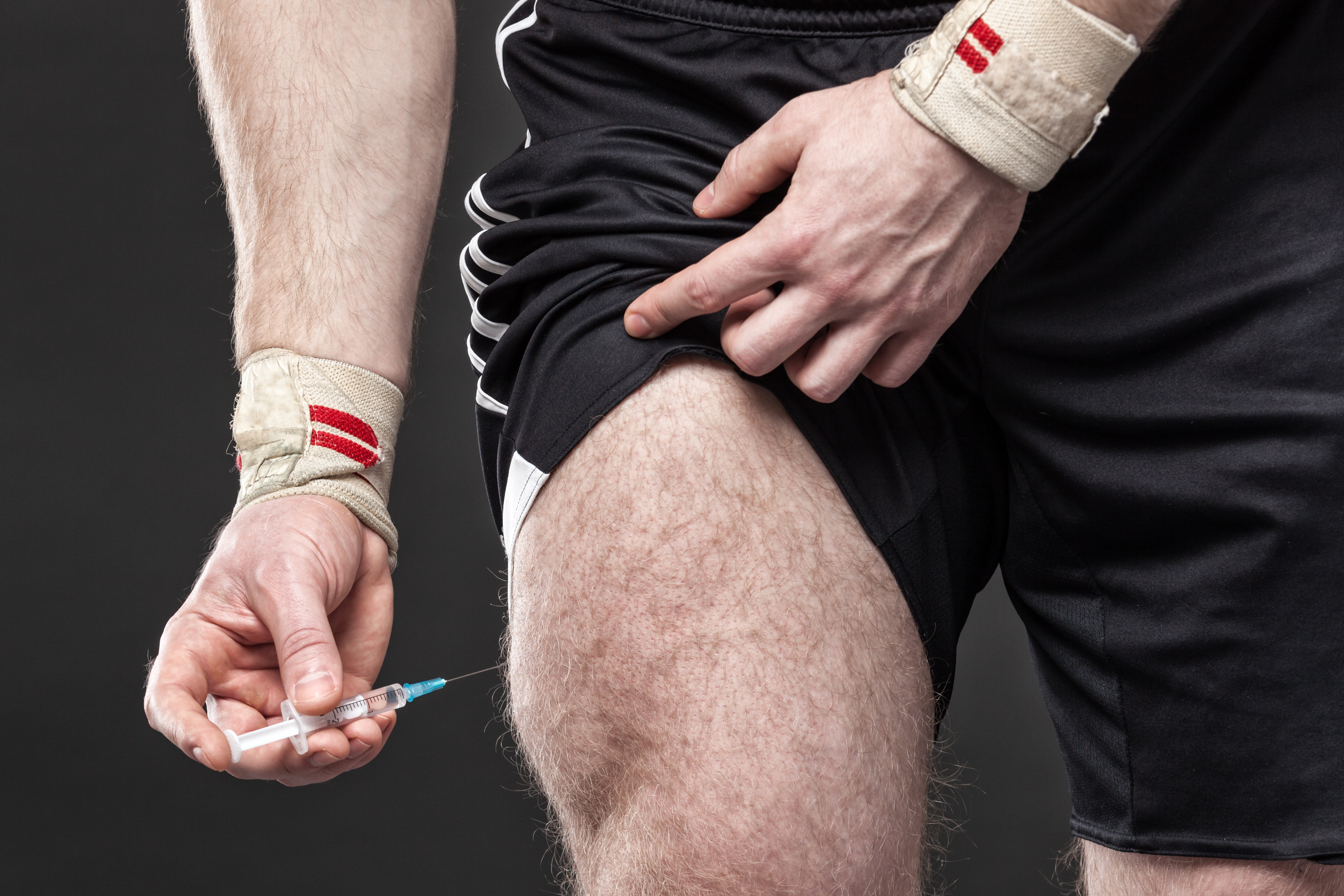 TB-500 (Thymosin Beta-4) is a potent recovery agent with a tremendous ability to enhance up injury repair and recovery, however, its many benefits also include growth of muscle mass and improved performance. TB-500 is naturally produced in the body, in higher concentration at the site of tissue damage and supports the production of new blood and muscle cells.

It also has incredibly powerful anti-inflammatory effects which can oftentimes offer instant pain relief. Its powerful healing effects have been identified specifically in the tendons, ligaments, muscle, skin, heart and eyes.

Before you read any further you should know that this peptide is banned in almost all competitive sports and events. Also, while it is readily available, Thymosin Beta-4 (also known as TB-500) is sold for research purposes only, not for human consumption.

TB-500 is a synthesised peptide, essentially a short-chain version of the naturally occurring Thymosin Beta-4. It has not been used to treat humans in any tangible method but although it is not considered a veterinary-specific drug, it is often used in the treatment of horses and occasionally dogs.

As there’s little research on human trials we can only go on what we’ve heard and data compiled from various veterinary trials. Its properties are similar to those of HGH and results also appear similar.

Users report increased strength, muscle growth, enhanced recovery and relief from chronic and severe pain as well as improved endurance. There are also reports of increased hair growth, better condition hair and even a lessening of grey hair.

In simple terms, TB-500 boosts your body’s protein efficiency. This means that the functions of those proteins are dramatically improved. It increases red blood cell production and improves metabolism and essentially supercharges your body’s ability to grow new cells.

Additionally, thanks to its molecular composition TB-500 is remarkably light and can, therefore, race your system finding areas to improve. It is this that makes it particularly good when it comes to targeting inflammation and pain.

TB-500 is taken as any other peptides; you’ll need to reconstitute it before injecting the solution either subcutaneously or intramuscularly. To take SubQ, find an area of fatty tissue, the abdomen is good but avoid the navel vicinity.

Next, simply clean your hands, wipe the area with a sterile swab, pinch the area with your fingers and then inject your prepared syringe. To take intramuscularly, locate an area of muscular tissue, usually one where you are experiencing pain, and jab the syringe deep into the muscle tissue. It can be a difficult and painful process, but the rewards should outweigh the trouble.

The dosage depends on the purpose you are using it for, and/or the type of injury or damage that you need to treat. A general guideline would be between 4-8mg of TB-500 per week for the initial loading phase of 4 to 6 weeks, followed by 2-6mg every 2 weeks to maintain its effects. The effects wear off within 2-3 weeks of injection.

The most common side-effect that has been reported by bodybuilders who use this peptide is that of lethargy and possible headaches. Some report experiencing a head rush immediately after injecting it, although this shouldn’t last longer than a minute.

We lack a lot of data on TB-500 but we do know that the medical community is divided over whether or not it has been linked to cancer; some say it increased the rate at which cancer cells grow, while others suggest it may actually promote white blood cells with which to fight it.

Combine TB-500 and BPC-157 for Healing Injury and Repair

BPC-157 and TB-500, which both stimulate wound healing via various biological mechanisms, have synergistic effects when used together. Clinically developed to boost maximum recovery as well as healing together with adjustability, joint flexibility, and also protection against injury.

BPC stands for Body Protective Compound, and that is exactly its function. It was originally discovered to be a protective peptide within our gut and to have a healing effect in both our upper and lower GI tract.

It should be understood that BPC 157 is only a small part of the whole BPC protein, but it is essential for its functionality because it is where binding spots for enzymes are located. The structure of this stable gastric pentadecapeptide consists of 15 amino acids, and looks a little something like this: Gly-Glu-Pro-Pro-Pro-Gly-Lys-Pro-Ala-Asp-Asp-Ala-Gly-Leu-Val.[1]

Some of the world’s top researchers around the worldare working to determine whether BPC 157 contains life-changing properties.

The list of benefits is growing by the day:

Researcher Ben Greenfield has written extensively about both of them, featuring them in his new book Boundless.

The main similarities between TB-500 and BPC-157 are as follows:

There are some obvious differences between these two research peptides.

Keep in mind that the only way to definitively prove the difference between TB-500 and BPC-157 would be to conduct a large-scale clinical trial in which the same type of injury is being treated.

While this type of research has yet to be conducted, it is clear that BPC-157 and TB-500 do not counteract one another.

If anything, anecdotal evidence shows that they work synergistically to speed up the healing process and further accelerate the rate of recovery.

When it comes to TB-500 vs. BPC-157, researchers should know that these research peptides have no safe or recommended dosage.

However, past studies indicate that researchers have dosed them accordingly in the past:

Cycle length is very individual and can vary depending on the specific requirements of the research subject.

The Injury Repair & Recovery Stack combines three of the best healing compounds on the market; MK-677, BPC-157 and TB-500. These compounds stimulate wound healing via various biological mechanisms and have synergistic effects when used together. Clinically developed to boost maximum recovery as well as healing together with adjustability, joint flexibility, and also protection against injury.